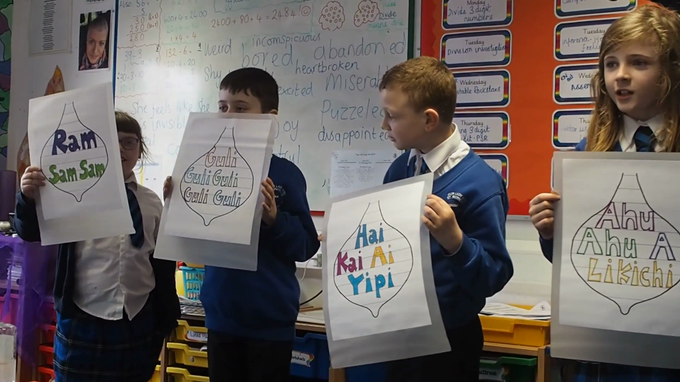 In year 4 this week, we have been continuing our scientific enquiry into static electricity!

Now that we understand the process in-depth, and the electrons' charge, after rubbing a balloon on our hair, we can now explain what is happening here!

We have been working so hard!

Year 4 have been conducting a scientific investigation into insulators and conductors this week! We used our prior knowledge and some predictions to decide what we felt may conduct electricity!

We then tested materials and items from around the classroom! As you can tell, it was a lot of fun!

We learnt about the incredible power and influence electricity has on our lives and even begun to look at the very complicated topic of ELECTRONS!

We had so much fun and became experts by the end of the lesson!

The Invasion of Julius Caesar

This half term we have been learning about the Romans!

We explored the life of Julius Caesar and his attempts to invade Britain! In this session we used freeze frames to act out the different stages of the invasion! Can you work out what is happening in each photograph?

This week in maths we have been delving into the world of measure! We began the topic by converting between meters and kilometres.

Recently, we were set a challenge to design a range of enclosures for a safari park! We were asked to create as many pens as we could - all with the same perimeter!

In science this half term, we have been learning about teeth and their functions! We investigated the roles of our teeth and then compared them to a variety of other living things. We noticed that often carnivores have longer and sharper canines as they are used to grip and tear meat from a bone! We also realised that herbivores have very large molars which cover a large surface area of their mouths. This is because their food is often fiberous and tough so they need strong teeth to grind it down.

We were sent a letter from the Natural History Museum in London! We were challenged to identify what animal each of the skulls and teeth may have come from and predict what type of diet they may have had!

It was so much fun!

As part of our Ancient Roman topic, Year 4 made Roman bread today! It was a really simple recipe as they only had very simple tools and ingredients but the children worked so hard! The Romans didn’t have any raising agents so they might be a bit hard BUT it’s traditional! We were so lucky to have Val from The Gincase to help us with our baking skills whilst making our loaves delicious! 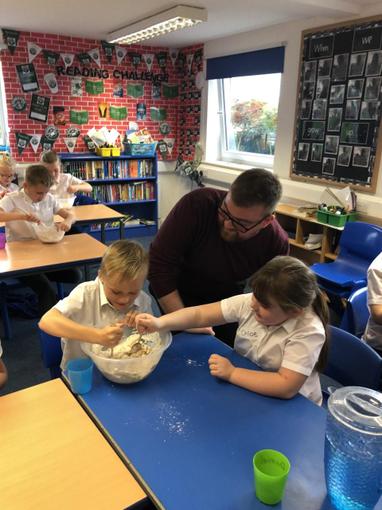 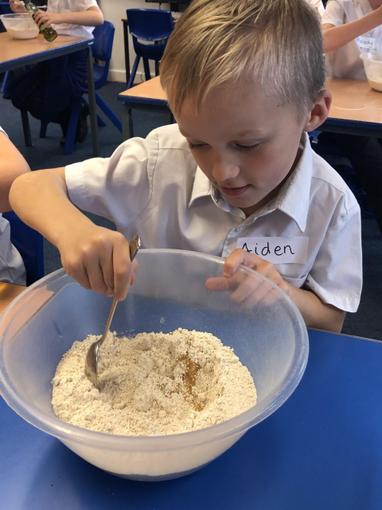 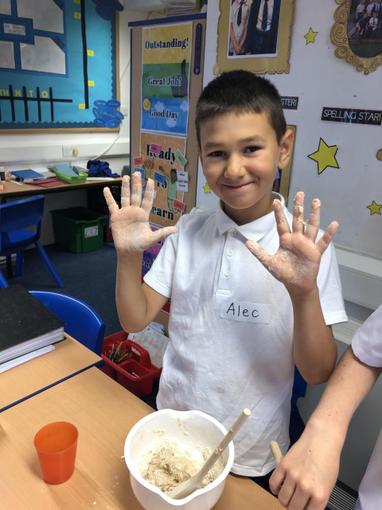 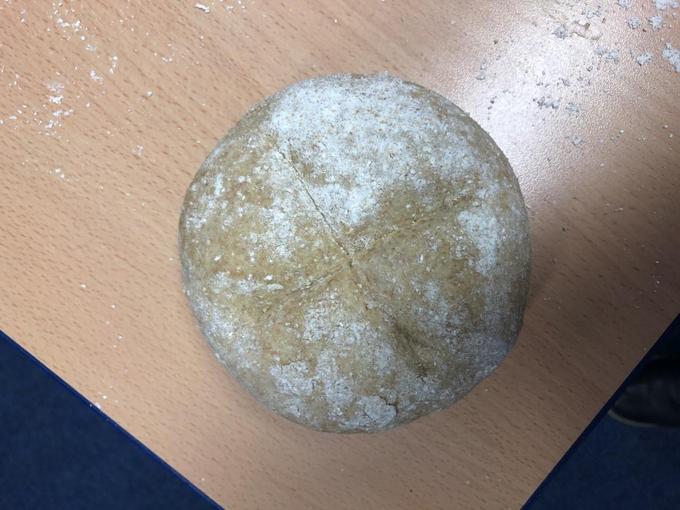 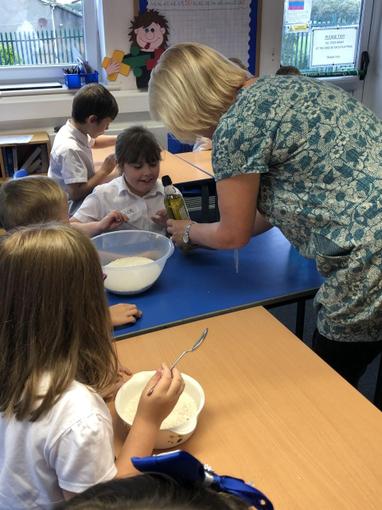 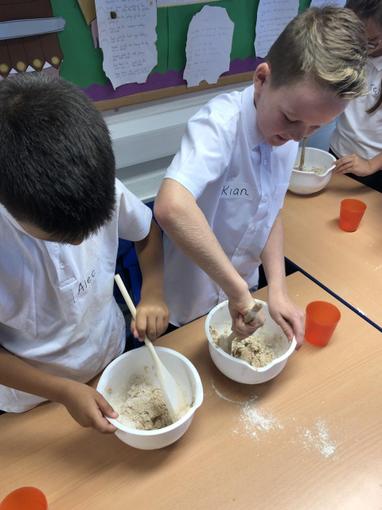 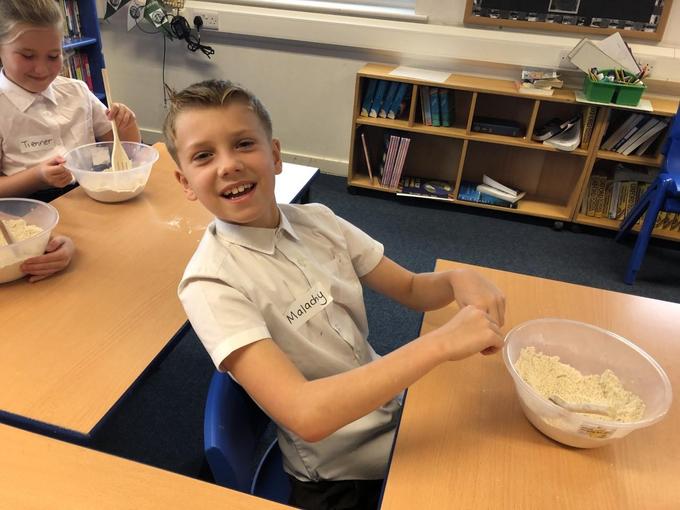 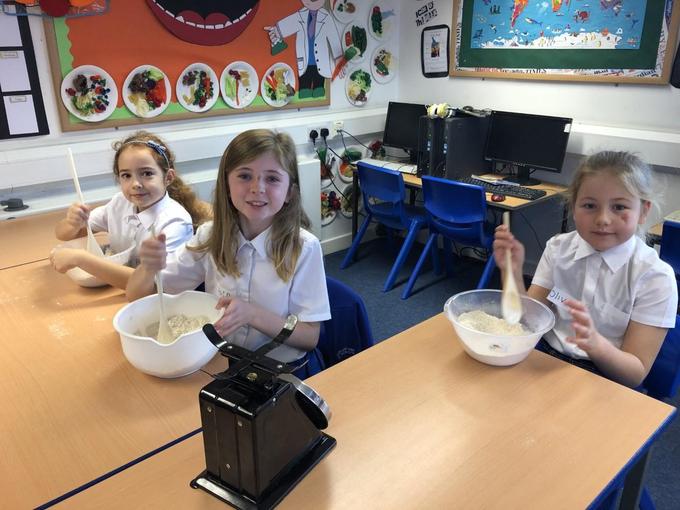 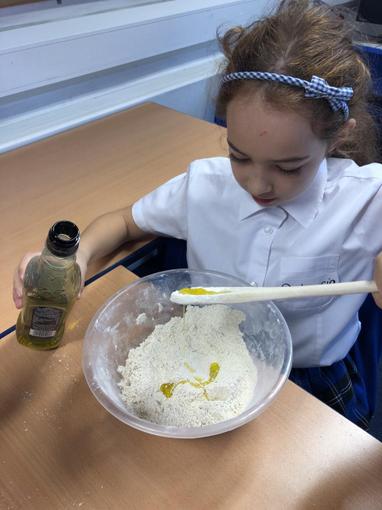 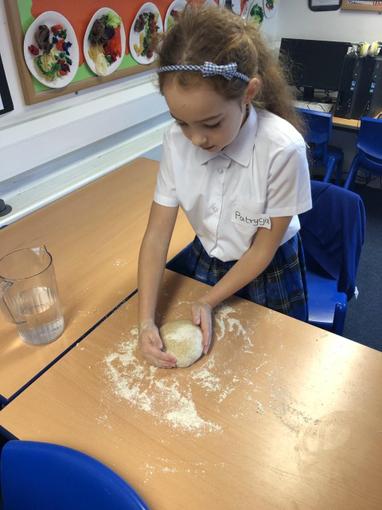 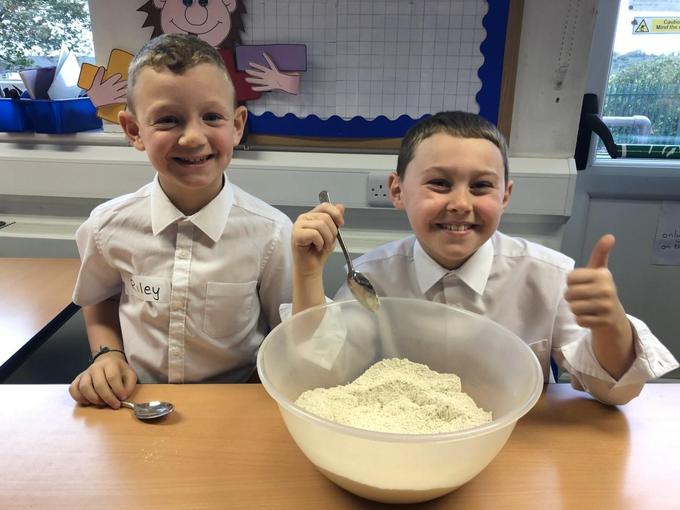 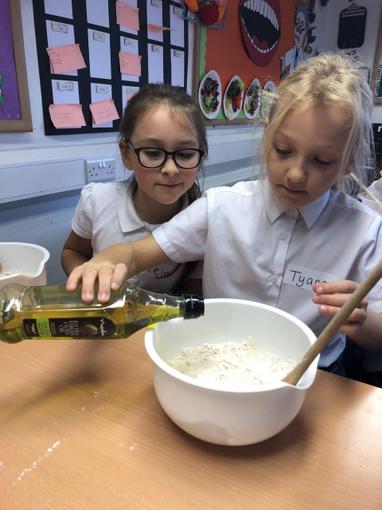 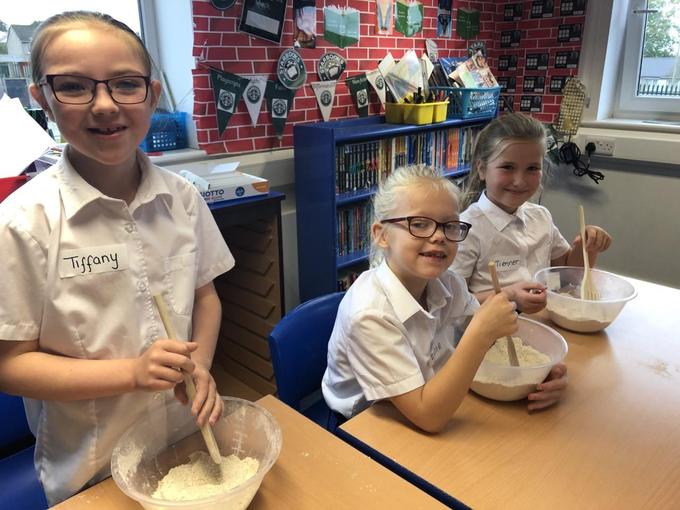 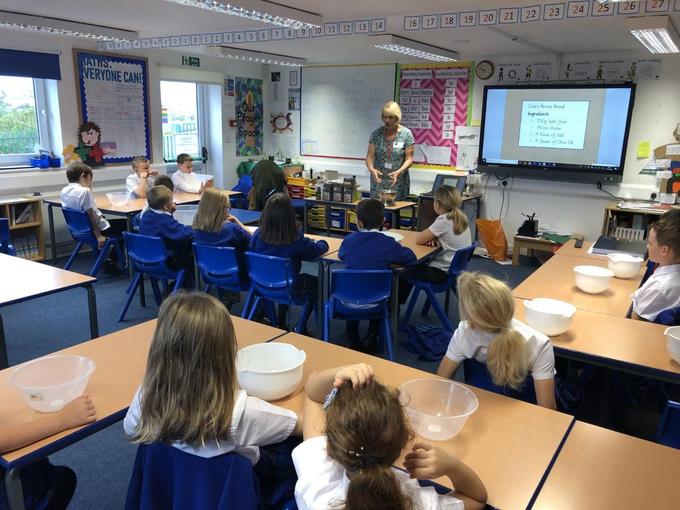 Growing Cress! Recently in year 4, we have been learning about healthy foods and the power of vegetables! As a treat, we decided to plant cress that we can eat at home when it has fully grown! Separately, we also planted cress seeds for an experiment and we are investigating what factors may affect the seeds growth! We are so interested to see what is going to happen to them! Especially the seeds we plan to put in the fridge! 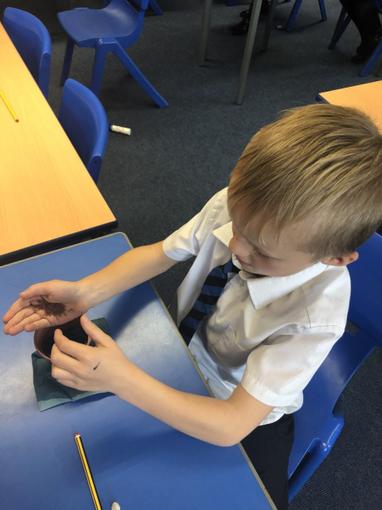 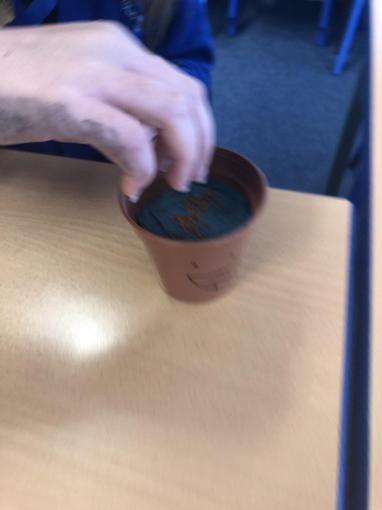 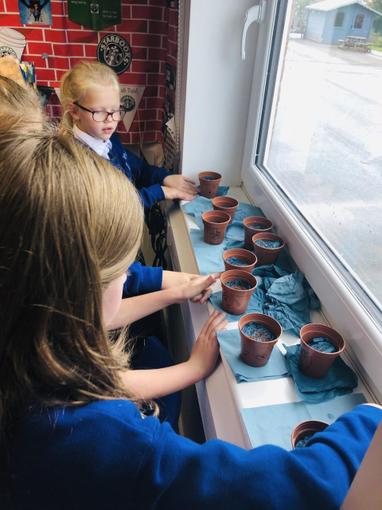 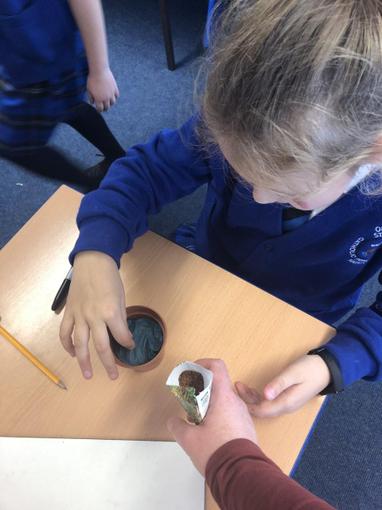 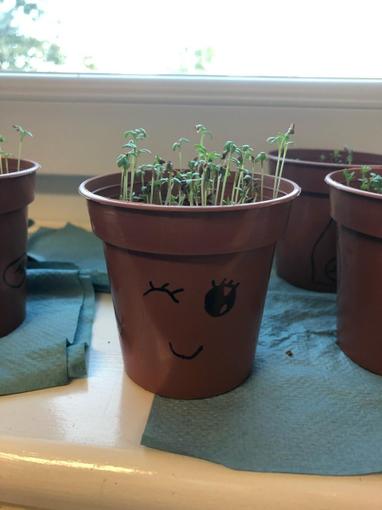 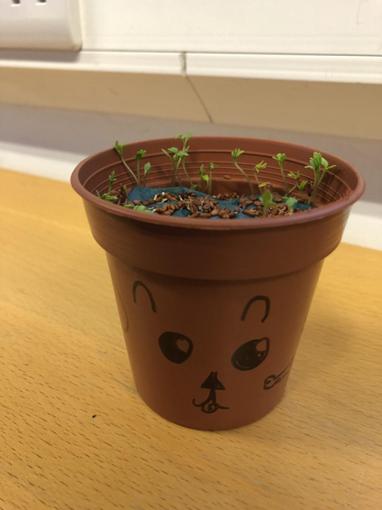 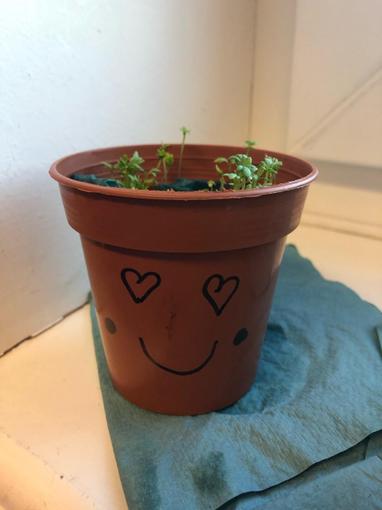 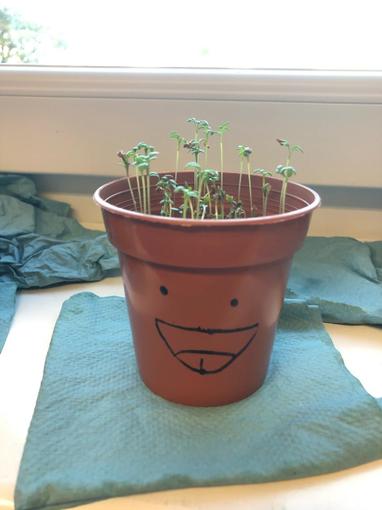 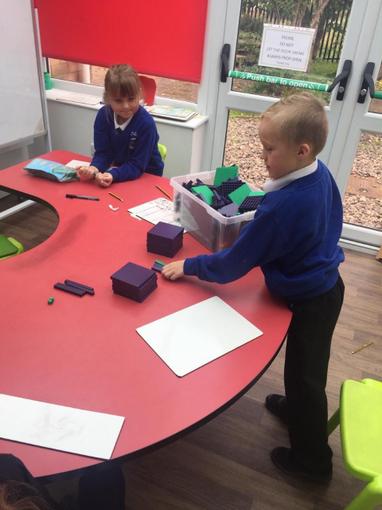 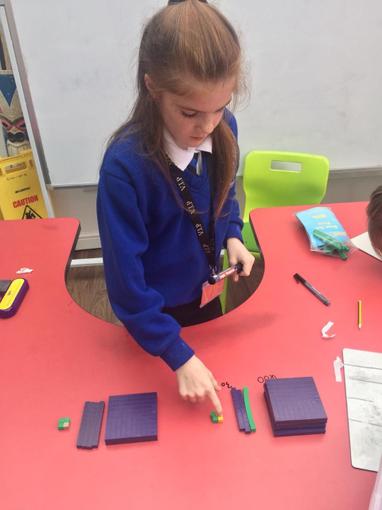 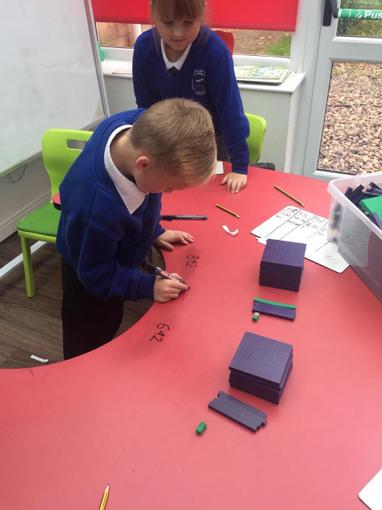 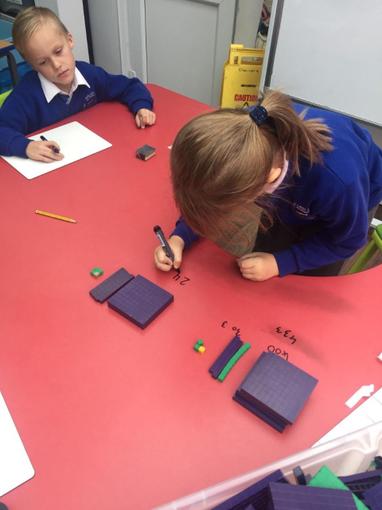 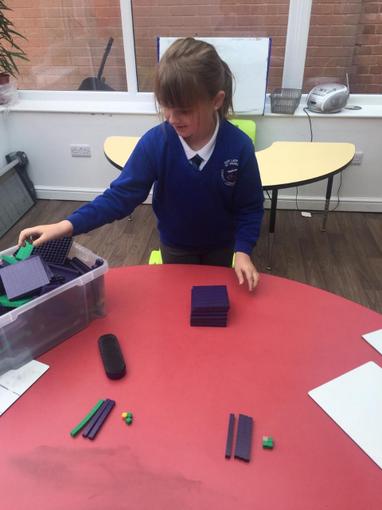